Stanley Sagov & The Remembering The Future Jazz Band at Regattabar 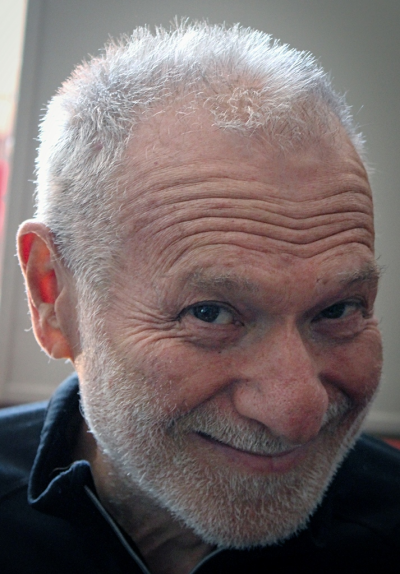 Stanley Sagov heals with medicine, and he heals with music. Sagov the M.D. treats patients at Family Practice Group and at Mount Auburn and Cambridge Hospitals. Sagov the jazz pianist-bandleader attends to listeners at clubs and on record.

Sagov became immersed in both worlds while growing up in Cape Town, South Africa. His early encounters with medicine were not by choice. Sagov was born with Gordon syndrome, a rare genetic disorder that left him with clubfoot. In his first 13 years, he underwent 16 surgeries in Cape Town, Boston, New York, and, finally, London.

Stanley Sagov heals with medicine, and he heals with music. Sagov the M.D. treats patients at Family Practice Group and at Mount Auburn and Cambridge Hospitals. Sagov the jazz pianist-bandleader attends to listeners at clubs and on record.

Sagov became immersed in both worlds while growing up in Cape Town, South Africa. His early encounters with medicine were not by choice. Sagov was born with Gordon syndrome, a rare genetic disorder that left him with clubfoot. In his first 13 years, he underwent 16 surgeries in Cape Town, Boston, New York, and, finally, London.

I played music from the time I was about 6. I played the violin first, enthusiastically but badly. I then was introduced to the ukulele by a family friend. I graduated from that to guitar and played blues, R&B, and early rock `n' roll — skiffle in England. Then when I came back to South Africa, I joined a rock `n' roll band, playing electric guitar, having a D.A. hair style and studs on my jeans, and doing Elvis, Little Richard, Jerry Lee Lewis.

The next logical step for Sagov was jazz. He was already a fan, having grown up listening to his sister's collection of records by Ella Fitzgerald, Sonny Rollins, Oscar Peterson, Thelonious Monk, and others. One night in 1961, a couple of local jazz musicians sat 16-year-old Stanley down at a piano to teach him Duke Ellington's "Perdido." He played it over and over again, literally until the sun came up. Once he learned the 32-bar song form — how to improvise on the chords in a way that was true to the spirit of the tune — there was no turning back. What's more, for Sagov and many of his compatriots, jazz carried a significance beyond just the music.

It was so vibrant and symbolically and sensually important to us, living under the tyranny of apartheid. Jazz was a music of integration. It represented races coming together to make an art form that would never have existed without the cross-fertilization of cultures. Africa alone didn't come up with it, and the Western classical tradition didn't either. It sprang from the fusion of those elements. Plus, I think the emotional zeitgeist in which that fusion happened, i.e., slavery, colonization, etc., gave the music the quality that it has. It's an aspiration toward demonstrating that something new and uniquely good could come out of such a thing, a refutation of worries about miscegenation or loss of culture. It's truly multicultural. And it felt like that to us, sometimes articulated, but always in the atmosphere, because in the face of segregation, legal oppression, and real risk, we played together publicly, contravening many of the laws in order to do so.

Specifically, Sagov broke the law when he performed, regularly, in black townships outside of Cape Town. As a white man, he was required to register with the police on his way into and out of the townships. He rarely did. The pull of the music easily outweighed any fear he might have had of the police state.

African music highlights group interaction to create an in-the-pocket, pulsing rhythm. It has a live, loping type of feeling. It calls attention to the passing moment: Move your body and feel this moment, right now. And it's so seductive. I don't think there's ever been a music in history that has so combined head and heart, fire and ice, and precision and transgression.

Sagov never wants to play a piece the same way twice. He's always engaged in a "search for freshness."

When I'm playing, I want to be enjoying myself. I want to feel that the music is moving me, that it's emotionally compelling and interesting, that there are things happening that are in the moment. I want to feel a sense of discovery while playing.

Sagov feels that sense of discovery most deeply when he performs with his Remembering the Future Jazz Band.

It's this combination of trust and security and the reliability of playing with people who are very skilled at what they do, emotionally aligned, enjoying each other, and edgy. I don't know what I'm going to do, and I don't know what they're going to do. I trust that whatever it is, we'll make each other right. When we're improvising, it's about the interaction in the moment, which includes a history of communication with the others and with their shared knowledge of the idioms that we're going to be using.

The Remembering the Future Jazz Band has been stable for 10 years, a veritable lifetime by the standards of jazz ensembles. Sagov also invites guests to sit in from time to time. One of his favorites was the late guitarist Larry Coryell.

He was a contagiously enthusiastic player. He loved to play, he was an expansive and warm person, and it showed up in his music. He was sincere about getting it right and getting the spirit of what we were going after. He was not there to be a star who we were going to be accompanying. He wanted to be a member of the band for the night. That came from him, not from me. It wasn't "I'm Larry Coryell; I'm much better known than you are." And he lifted the band up.

In the '60s, teenage Stanley Sagov thought of jazz as "a theme music for the aspirations for liberation." Now 73, Sagov still believes in the music's power to inspire.

Art doesn't change the world. But it does advertise how the world might be if it were changed. If we listen to each other in a respectful, loving, and trusting way, the world could sound and look like this. I would like to imagine such a world is possible.

Look for the following at the show.

Prize: Ragmala: A Garland Of Ragas by Adam Rudolph

Join Our Community / Welcome Back!

One moment, you will be redirected shortly.

Welcome to All About Jazz!

We sent a confirmation message to . Look for it, then click the link to activate your account. If you don’t see the email in your inbox, check your spam, bulk or promotions folder.
Thanks for joining the All About Jazz community!

Search Jazz Near You


or search site with Google

View events in other cities

All U.S. Cities All World Cities

All About Jazz musician pages are maintained by musicians, publicists and trusted members like you. Interested? Tell us why you would like to improve the musician page.